Thank you for your interest in the Arena Battle Starter Kit.

This website is made to provide clear documenation on all important features and aspects of the framework.

Contents of the Asset

When you import the asset into your project, you’ll get a 'Arena Battle Starter Kit' folder, and subfolders. 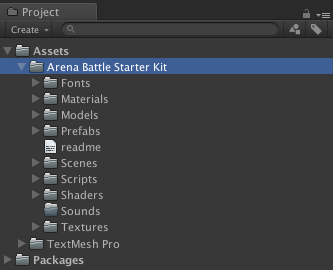 The main structure is made of the following folders :

How to create your own character?

Summary:This session explains how characters function in the pack and how to build your own. 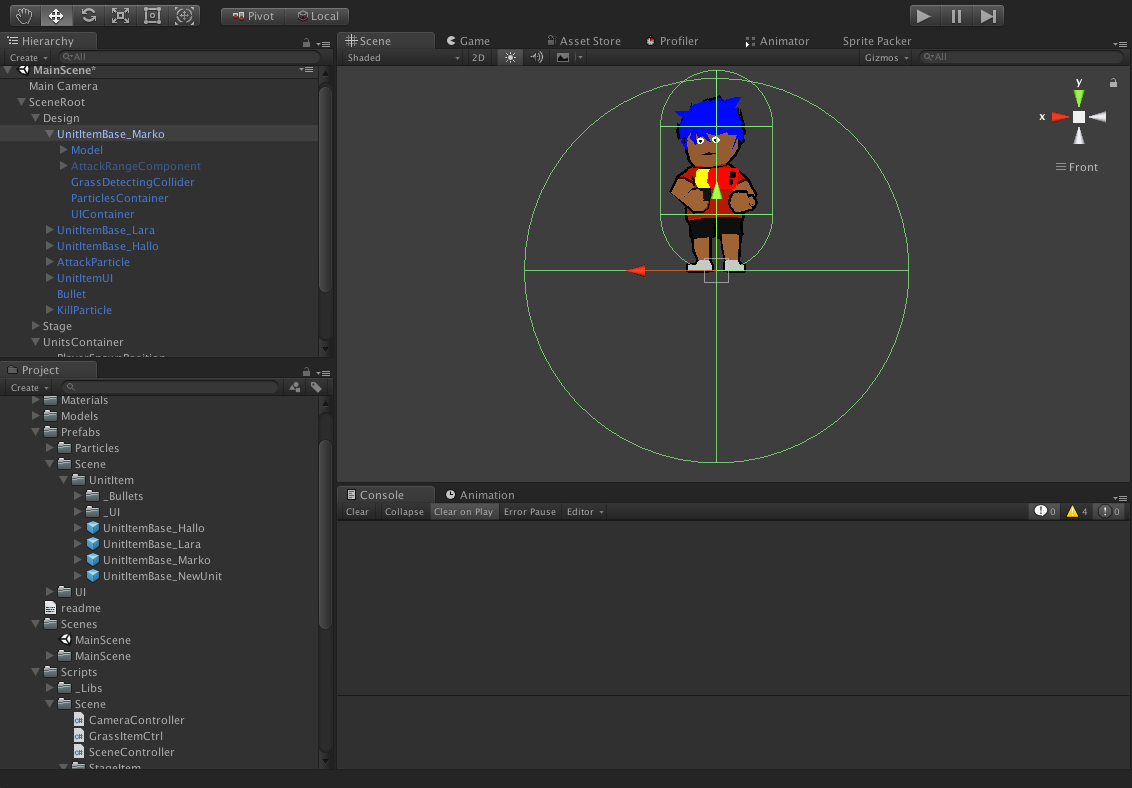 A typical playable character, with its collision and raycasts.

“UnitItem” in the ArenaBattleStarterKit is a term used to describe any kind of characters, whether they’re playable characters, or enemies, NPCs, etc. There are a few core classes that make these unititem work, and that you’ll need to get familiar with if you want to expand and create more character abilities for example.

In the meantime, this page aims at presenting the basic concepts and allowing you to quickly create your own character (player controlled or AI based). Note that all the information on this page (and on that whole documentation for that matter) only works for ArenaBattleStarterKit v1.0 or more.

An example of the stack of components commonly found on Characters

This session goes into more details about the mandatory components of a Character, but here’s a brief rundown. An agent in the pack usually has these components :

How do I create a Character ?

Find the character one you like in the demos, and create yours from that. The process for that is quite simple : 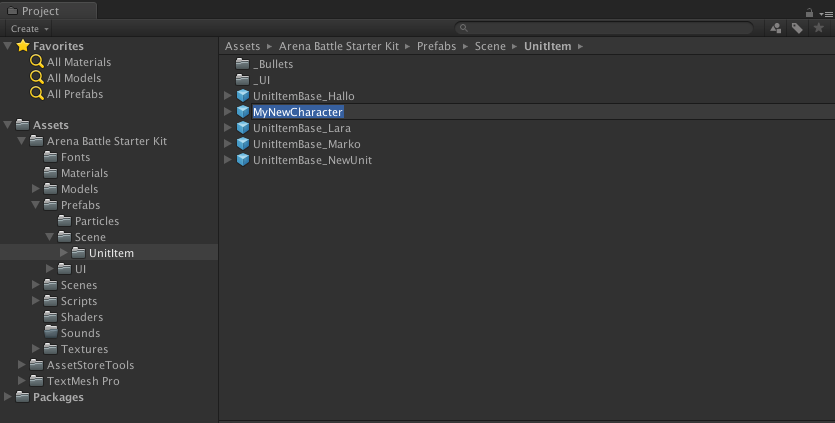 Summary:This session describes how the AI scripts of the ArenaBattleStarterKit work.

Right now the engine includes a few basic AI scripts for your enemies (or friends). It’ll make them perform actions without the need for input from the player. To use them, you need to have a Character setup properly. Feel free to create your own AI scripts, it’s really easy and fun to do.

Walk And Find Enemy
It’ll allow your AI character to walk. It will find nearest target and starts move to that target. If any walls or obstacles hits, then it automatically turn and continue to move to target. If it reaches target enemy on range, the AI will shoot at it using its current equipped weapon.

The ArenaBattleStarterKit includes a lot of demo characters, and they all come with a number of animations.

This page won’t cover how to create your animations. Unity has a lot of documentation on that, go check it out. It will however cover the specifics of the ArenaBattleStarterKit and how it’ll help you create nice animated characters. 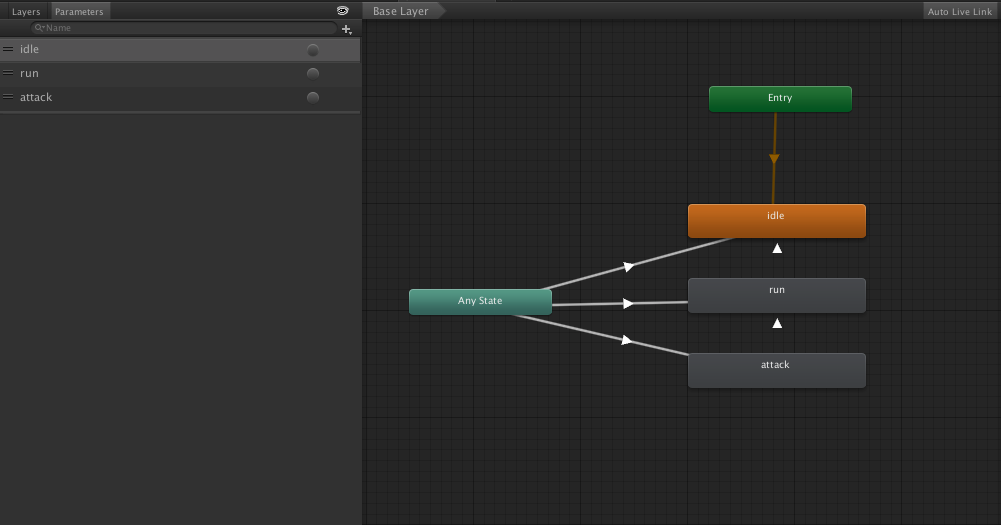 In most cases you’ll need an Animation Controller to setup your animations. The asset includes a bunch of these, I’d recommend using the MarkoAnimatorController one as a starting point for yours as it includes all animation parameters, so you won’t have to enter them all again. You can simply duplicate it, and then drag your animations into it.

The Animation Controller is made of two big parts : on one side Animation Parameters that will get updated every frame by the Character and Character Abilities scripts to reflect the current state of the character, and on the other a state machine that will allow you to determine in which conditions each animation should be played and how to transition from one to the other.

SetState : This method is called for change the animation state of character. You can find this function in UnitItemBaseCtrl script.

Summary:This session covers the various controllers included in the ArenaBattleStarterKit and how to tweak them to your needs.

The ArenaBattleStarterKit uses controllers as central reference points for a lot of classes and components. These controllers, always present in your scene.

There are a few of them, SceneController, UIController and CameraController. Usually you’ll want to place them on empty gameobjects. Their position in your scene doesn’t matter, they’re invisible anyway. It’s good practice to put them out of the way of your level so you don’t delete them by accident.

The UIController is responsible for showing Windows and other UI stuffs. Easy to read and modifiable.

The CameraController is responsible for moving camera along with player. Easy to read and modifiable.

Summary:This session explains how to setup input in your game.

Input is at the heart of every game. The ArenaBattleStarterKit is no exception. It currently supports mobile controls (iOS, Android…), and mouse.

JoystickComponent are even easier to setup. Just add a JoystickComponentCtrl component to a Rect+CanvasGroup object, define which axis are enabled (you may want an horizontal only stick for example), the max range (how far the knob can move from its base).

From here you can search these documents. Enter your search terms below.